The installation event will no doubt be a memorable one as it will have high profile individuals that include the Alake Of Egbaland, Oba Adedotun Aremu Gbadebo, The Elegushi Of Ikate-Elegushi kingdom, Oba Seheed Elegushi, The chairman of Coleman wires and cable, Mr Asiwaju Onafowokan, governors of Lagos State, Babajide Sanwo-olu, Dapo Abiodun of Ogun State, Seyi Makinde of Oyo State and Muhammad Badaru of Jigawa State, the Iyalode of Yorubaland, Chief Mrs. Alaba Lawson, the managing director of First Bank, Dr. Adeduntan and Y.O Saliu of Flour Mills of Nigeria among others in attendance. 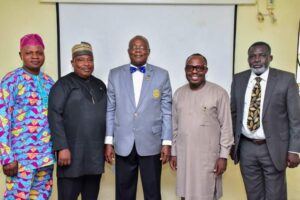 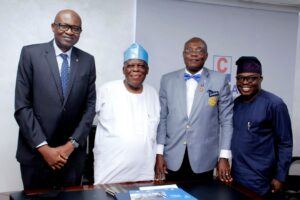 According to Remi Bello M.Sc. FCA , the essence of this installation ceremony is to raise funds for his lofty projects that Include ‘’Adopt A School Service Project”, a process where Rotary clubs or zones are to adopt a public primary school , do the NEED assessment, evaluate and execute the project that will be worth N3.5m per school, provision of clean water, sanitation and hygiene, provision of sick bay as well as renovation of existing structures, provision or stocking of a small library and provision of chairs, tables and writing aids. 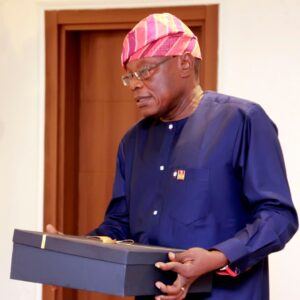 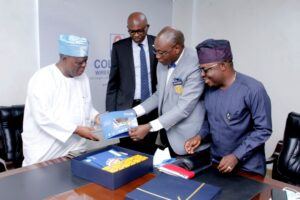 Meanwhile, Rotarian Remi Bello Msc. FCA has been in the business of humanitarian services for a while especially in the educational sector. In 2007, he organised a fund raiser to build a primary school on two plots of land which he had earlier donated to Temidire community in Ifo Local Government, Ogun State. The primary school is presently run by the Ogun State government with a student population of about 600 pupils. 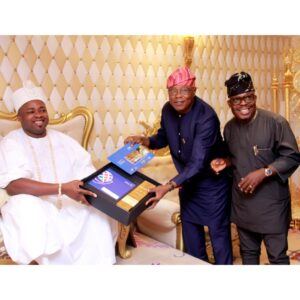 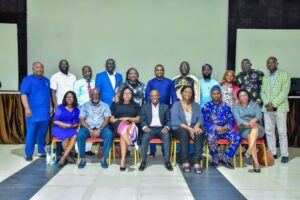 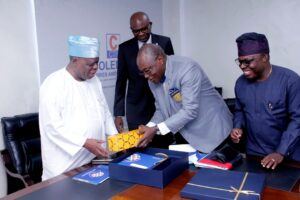 Also, a member of the publicity committee, Rotarian Prince Adeyemi Asepere-Shonibare stated that all covid-19 protocol will be observed during the event and that it will definitely be a memorable event .

He had a brief spell at The Polytechnic, Ibadan where he obtained a National Diploma in Accountancy before proceeding to Olabisi Onabanjo University where he had his B.Sc. (Hons) in Accounting with 2nd Class Upper.  He holds an M.Sc in Accounting from the prestigious University of Lagos where he is currently a Ph.d Accounting candidate.

‘Remi is a Fellow, Institute of Chartered Accountants of Nigeria, Fellow, Chartered Tax Practitioners and member Institute of Directors (IOD).  He is an Alumnus of the Lagos Business School (CEP10) and has attended several professional courses both at home and abroad.

Rotarian ‘Remi Bello is the immediate past Managing Director/CEO of Crittall-Hope Nigeria Limited.

Rotarian Bello is the Immediate Past Chairman, Eko Forum, a Federal Government body saddled with the responsibility of reconciling Eko Electricity Distribution Company (Eko Disco) with its Electricity Consumers. A past President and past Chairman of Council – Lagos Chamber of Commerce and Industry (LCCI). He is a Past Vice Chairman (Africa Region) and Council Member of World Chamber Federation and a speaker at the Federation’s Qatar 2013 and Torino 2015 Congresses He is also.  Honorary Life Vice President of Nigerian-British Chamber of Commerce

Rotarian Bello was appointed as one of the 25-man Presidential Advisory Council of the Nigeria Industrial Revolution Plan of the Federal Government of Nigeria in 2014.

Rotarian ‘Remi Bello is a Past President of Jericho Businessmen Club.

Remi is a Major Donor to The Rotary Foundation (TRF). He has been the Nigeria National Polioplus Committee’s Treasurer since 2013, the committee that successfully brought poliomyelitis to zero in Nigeria.

A passionate and compassionate Rotarian, he had hosted in his house inward Group Study Exchange (GSE) beneficiaries on Friendship Exchange to District 9110 on many occasions.

Rotarian  Bello, a philanthropist, personally funded the purchase of two plots of land, donated the parcel of land to Temidire Community in Ifo Local Government area of Ogun State through his Club. He used the opportunity of marking his 50th birthday anniversary to raise funds for the construction and donation of a public primary school on the land he donated to the community.  The school today is one of the well-kept  public primary schools being run by Ogun State Government and it has a student enrollment of about 600 as at 2020.

Rtn. ‘Remi Bello is happily married and blessed with children and grand-children.

It is not all work, Rtn. Bello is a Table Tennis buff and an ardent golfer. He is also Member, Ikoyi Club 1938 and Lagos Country Club where he is a Patron in the Table Tennis Section.

All Rotarians in District 9110 rejoice with our eminent District governor.

Our Only Interest In Afghanistan—Joe Biden