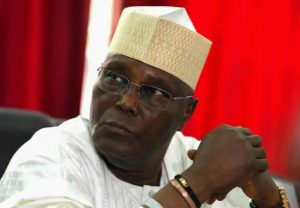 OpenLife Nigeria has reliably gathered that the plot to extinguish the 2023 presidential aspiration of Alhaji Atiku Abubakar, candidate of the opposition Peoples Democratic Party, PDP, on Sunday, thickens.
In Abeokuta, Ogun State capital, credible source told OpenLife that the meeting that held between former President Olusegun Obasanjo and governor Aminu Tambuwal of Sokoto State at the Olusegun Obasanjo Presidential Library, OOPL, was at the instance of the former President.
In the meeting, insider averred that Obasanjo sought the supports of governor Tambuwal for the presidential candidate of Labour Party, Mr Peter Obi.
Former President Obasanjo is a known supporter of Peter Obi who was the governor of Anambra State as of the time Obasanjo was the President of Nigeria.
Obasanjo, in recent memory, had reportedly visited some power brokers in the north to shore up support for Obi.
Meanwhile, it could not be ascertained as of the time of filling this report if governor Tambuwal has consented to Obasanjo’s request.
It would be recalled that governor Tambuwal, it was, who stepped down for Atiku to win the presidential ticket.
He was quoted to have vowed to work and support Atiku till February 25.
Else where, governor Nyesom Wike, an aggreived stalwart of the party who lost the PDP presidential ticket to Atiku on Sunday held a meeting with some leaders of the party.
As of the time of this report,
Wike was in a closed door meeting with his Camp.
In attendance were governors Seyi Makinde ,Okezie Ikpeazu, Samuel Ortom, Ifeanyi Ugwuanyi of Oyo, Abia, Benue and Enugu States respectively.
Others include former governors Donald Duke, Gabriel Suswam, Segun Mimiko, Seriake Dickson, Ibrahim Idris, Jonah Jang of Cross River, Benue, Ondo, Bayelsa, Kogi and Plateau States.
The list includes Jerry Gana, former Minister of Informational and Mohammed Abacha, PDP Guber candidate in Kano State.

Credible source disclosed that the meeting was to perfect plans to dump PDP for Labour Party.
The meeting commenced at about 4:30pm at the Rivers Governor’s Lodge in Abuja.

2023: What I’ll do after winning presidential election -Peter Obi