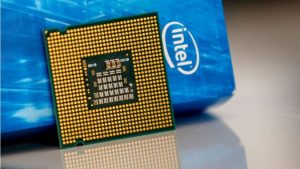 OpenLife Nigeria reports that Intel is on a mission to become a major contract chipmaker, with the goal of rivaling Taiwan Semiconductor Manufacturing Company, TSMC, and Samsung Electronics, reputed as the top players in the industry.
To do this the U.S. chip giant is spending $70 billion to build fabs and regain a technological edge in manufacturing lost to Asia over the past decades.
At the moment, investors, however, do not seem entirely convinced about this prospects.
However, market analysts are of the belief that pulling off such a transformation would re shape the global chip making landscape at a time of unprecedented geo political tension over control of such crucial technology.
According to OpenLife findings, since Pat Gelsinger, the Chief Executive Officer in early 2021, his mission has been to transform America’s biggest semiconductor company into a major contract chip maker.
Meanwhile, Morris Chang, the founder, as well as former chairman and CEO of TSMC, as of October 2021,has net worth estimated at US$2.8 billion.
Semiconductors are the brains behind the technology that permeates all interactions―the global communications network, every social media interaction, every retail experience, and every vehicle, hospital, farm and factory floor― creating societal and economic value around the globe. They also power the advanced technologies that keep us safe.

Enhanced e-Passport: Aregbesola Moves Nigeria To Number 1 In Africa And 5th In The World